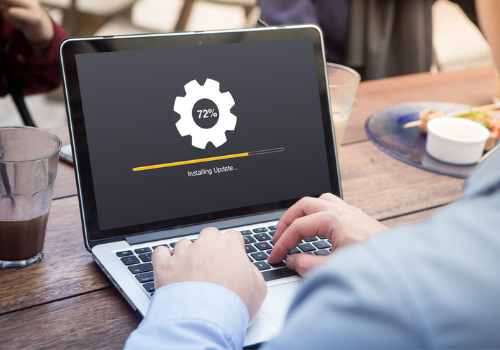 The construction industry is now ripe with a plethora of construction technologies. Deciding upon which technology to adopt can be challenging.

Piloting a technology on a project-by-project basis can be a great way to test a technology’s benefits with little risk compared to rolling out a technology across the entire organization.

C.W. Driver Companies, who provides general contractor, construction management, and design-build services, decided developing a task force dedicated to the task and empowered with the ability to make broad changes was the best way of managing all piloting activities and of eliminating Shadow IT from within the company.

“Prior to establishing the task force and taking a forward-thinking and top-down approach to new technology deployment, we had some issues with Shadow IT”, says the company’s Director of IT, Blaine Crawford.

Shadow IT is when individuals or departments within a company use a technology alternative to the technology provided by the employer. “Technology adoption sometimes happens organically instead of top down. College graduates are one source of Shadow IT; having learned the technology in school, they want to work with it in their workplace.”

With an empowered task force to manage and monitor technology adoption, C.W. Driver Companies removed Shadow IT and became a technology leader.

“Our task force serves as the bridge between technology,” says Crawford. “The company is based around operations, so it’s really beneficial to get their approval in order to move the agenda of the task force forward.”

Research technology vendors and your competition

Interview vendors of the technologies you are considering. “Put them through the paces,” says Crawford. “We generally interview a company one time before deciding whether they make it onto a shortlist. If they do, we interview them a second time with all stakeholders on board. Once we have consent from all stakeholders, we move forward.”

Crawford points out the importance of peer group review and peer group collaboration. “In some ways, your competitors can be your best allies when researching technologies,” he says.

When contemplating which technologies to pilot, ask a lot of questions. The task force at C.W. Driver Companies had to grapple with underlying important questions before rolling out a new technology. How do we manage our projects? What do we need? What are the requirements for a technology? And, what does it do well?

How to pilot a new technology

Choose projects to pilot a new technology carefully. If you choose one that is representative of the work your company performs most of the time, you will have the most accurate expectations of the benefits of deploying it company-wide.

Begin the pilot with a list of the metrics you will be measuring.

Then gather the data and discuss among key personnel.

Deploy personnel to that project who will use the technology and are trained to use it effectively, otherwise you will not see the full benefits of the technology or get the data you need to decide whether the technology is worth deploying company wide.

And the vendor is still being vetted during the piloting process. “It’s important that the vendor strongly supports your company even after initial set-up,” says Crawford. “Autodesk’s quarterly follow ups have been very useful to us.”

How long is long enough?

A technology needs to be piloted for long enough to get useful data, but you don’t want to waste time piloting a technology, especially if it appears as though the technology isn’t working out as expected.

C.W. Driver Companies piloted PlanGrid for years. Deploying it on multiple projects over a long period of time, provides a lot of valuable data.

“Depending on the technology, we usually pilot a technology from one to six months, but it can take a year before you’re able to fully dial in a new technology. We piloted PlanGrid for longer because the company had been using it prior to the establishment of the task force,” says Crawford.

Your task force should meet regularly to discuss the data that is coming back from use of the technology. By reviewing data part way through the pilot period, it allows the

Besides reports generated by the software, get feedback from all stakeholders including the end-users. Getting the approval of all stakeholders improves adoption rates and competency rates when it comes to deploying the technology across an entire organization.

Finally, the data you gather for reviewing a technology’s success, is also the data that reveals your success. “If you recommend too many product failures, the company is less likely to put faith in you in the future,” says Crawford. “But, piloting technologies successfully gives you credibility.”

Join over 40,000 industry peers who receive construction industry news and trends each week. Subscribe to CONEXPO-CON/AGG 365.